Sorry for my tardiness folks.  I was at the local pub quiz last night and didn’t quite manage to finish this weeks blog in time…we lost by the way.

On Thursday I had the great delight of heading down to Glasgow’s relatively new jazz club The Blue Arrow to see David Bowden’s band perform Charles Mingus: Ah Um.

I, as it happens, am a huge Mingus fan.  A fan of both his music and his rather madcap background and character having read ‘Beneath the Underdog’, a completely bizarre and intoxicating autobiography.  I wondered if this young team would be able to convey the  playfulness and eccentricity of Mingus’ classic album – Yeeeessss, in the first few seconds my concerns were absolutely quashed.  Every hook, groove and break were electrifying – A brilliant night!  The magic of the music was enhanced only by the cold drink in my hand and the low lit mood of this very cool underground Venue.

On Saturday, Breabach got into a van and headed South to Warwick Folk Festival to perform the late night slot. 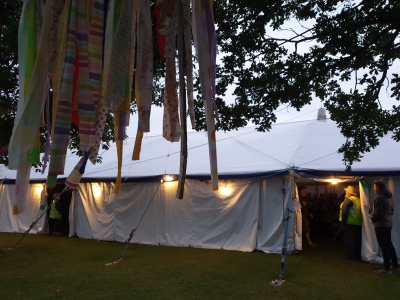 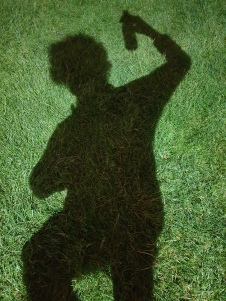 We always love getting back to Warwick, they have had us down several times over the years and it always achieves a warm and welcoming vibe, a wide selection of ales (tip of the hat to Nige’ and ‘Tash) as well as a huge squad of Morris Dancers performing in and around the site!  I think this was our first time playing the final slot on the Saturday so, thanks again to the festival for all their faith, it was a great party!

Monday was all about the pipes.  This Summer, my mission has been to get my grandpa’s old set of Henderson-Laurie’s into full working order.  Based on very sound advice from James Duncan Mackenzie, I contacted Ross Johnstone (Johnstone Bagpipes).  Ross is based in Menstrie, Clackmannanshire a village near Stirling and he is a master craftsman of the highland bagpipes…no, literally.  Ross has just been accepted into the official Guild of Master Craftsmen as a bagpipe maker – an incredible accolade (which you can see hanging on the wall of his workshop) but also, very well deserved recognition of a man who works solely by hand and by lathe.

Ross’ incredible work on my set of ‘family pipes’ has been above and beyond what I could have expected and it was a joy to get the  pìob mhòr home later that afternoon for a tune.  Singing!