Cyclones and crashing rain attacked many parts of the UK this weekend, but there was  another storm brewing, deep in the dark corners of Otago Street.  Nine misguided pipers who go by the name Tryst assembled and began to pull together a new show as part of Piping Live’s opening concert.

New chanters and reeds were issued in July with the invaluable support of G1 Reeds. Final scores edited, instruments set up – this weekend was our one chance to bring the show together – supporting the folk superstars and long time heroes of ours, FLOOK!

Monday arrived like a flash and there was definitely a nervous edge upon arriving at The Drygate to conduct the sound check and play through any last-minute holes in the material. 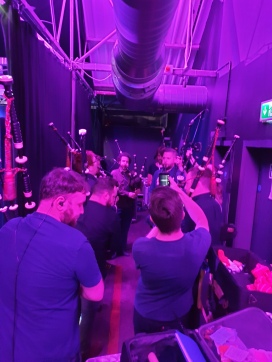 The gig itself was a ‘big blow’, we huffed and puffed, feet stomped, hearts pounded, bodies sweated – It was a considerably moist affair for all those in attendance, but we had a total blast playing the new music!  Thanks so much to our tuners Scott Figgins and David Shedden.  The drones buzzed beautifully, the tunes and arrangements seemed to serves us well and the vibe from the Piping Live audience was really great. 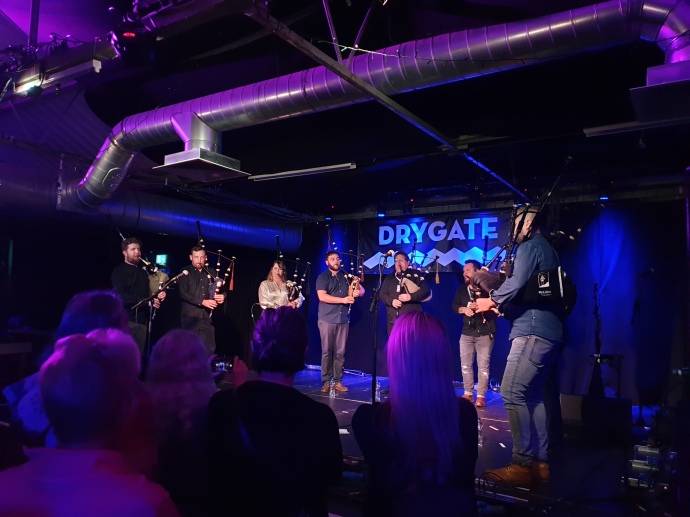 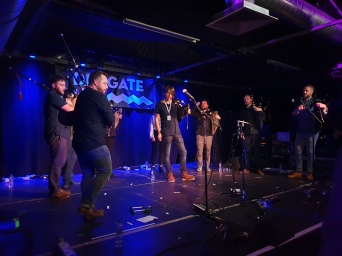 Later in the evening, we got to hear Swedish duo Dram and then Flook headline the night.  Unbelievably tight, packed full of expression and wonderfully animated arrangements in their set.  It is an honor to play at such a renowned festival, but it is also invaluable to be able to take influence from bands like Flook and many others on the expanding folk scene.

Our next Tryst adventure will be at the William Kennedy Piping Festival, Armagh this November.  Stay tuned!